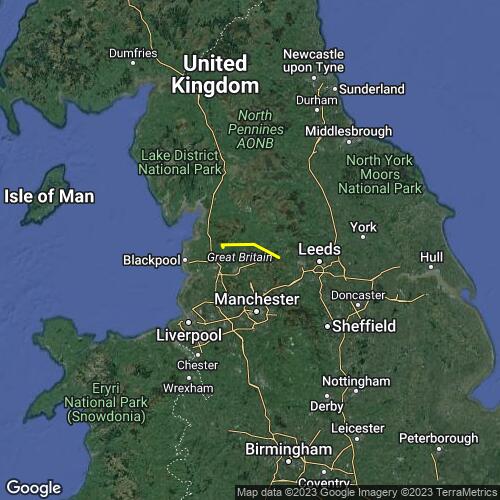 Reached my 37km declared goal… Shame I'd deleted the route from my instrument before taking off on the assumption I wasn't going to get away from the hill. Doh! Only cost me about 3 points in the end though.

1. Best flight from a Pennine site in 2016 winter season.

3. Last climb took over 15 minutes to climb 1400 feet - but I covered five and a half kilometres while circling due to thermal drift. Went on final glide because I was at the height of the imminent airspace ceiling - just 3500 feet, well short of cloudbase.

4. The noticeable rightward bend in the track before Barnoldswick was because of shading - was following the edge of cloud. First flight where I've mostly flown clouds rather than ground sources.