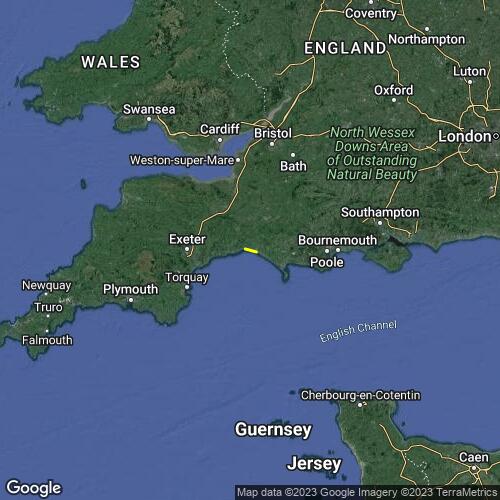 The wind was SSW at Eype which made takeoff tricky and not much lift at Doghouse to cross the Sea Town gap. Several were hit by a wind lull and visited the pub for a coffee (so they say)

After 90 mins or so another attempted Golden Cap but had a long walk back. After a total of 2hrs or so, there was much more lift from sea thermals which made it possible to cross to Golden Cap and then on to Charmouth. Three brave souls crossed the Charmouth Gap and lived to tell the tale, and return. A cracking day in the end!