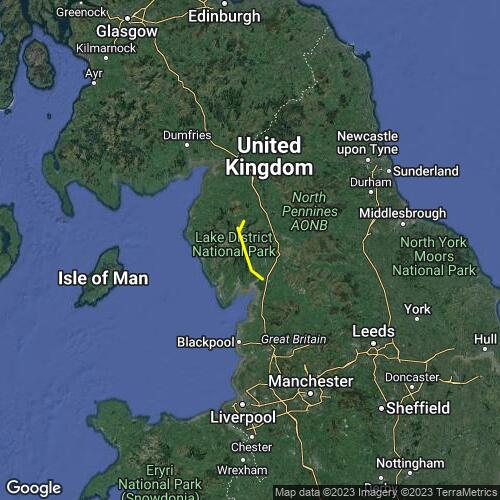 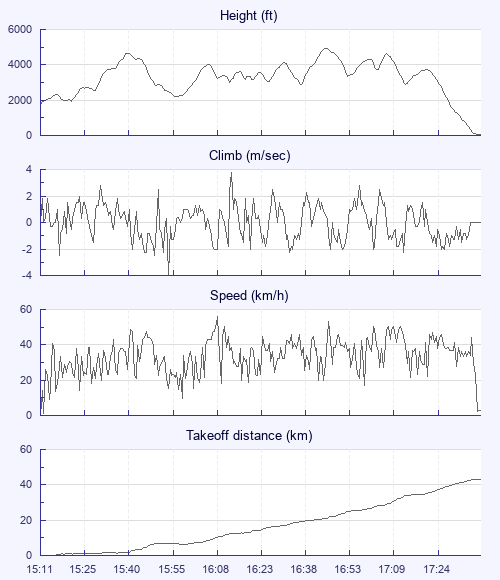 Didn't expect that. Didn't even bother mounting the gopro.

It got rough in Brown Cove just before Helvellyn so I ran for the valley… Rough there too. So I assumed there must be some leeside mixing. Headed north for a safe landing near Thirlspot but then got a good climb. Nothing quite went to base but most climbs to 4000ish.

After the rougher stuff I decided to stay over the lower hills, follow the clouds.

Big blue holes developed to the east and west so I followed a line of cloud downwind hoping it was some sort of week convergence.

After photographing Mike's I turned a little crosswind under the best cloud, with line that I hoped would glide across the Kent Estuary… It did… Just.

Lovely landing in golden late afternoon sunshine in the deer park… Wind between the trees to put it down. Lovely moment and particularly sorry not to have had the gopro on there.