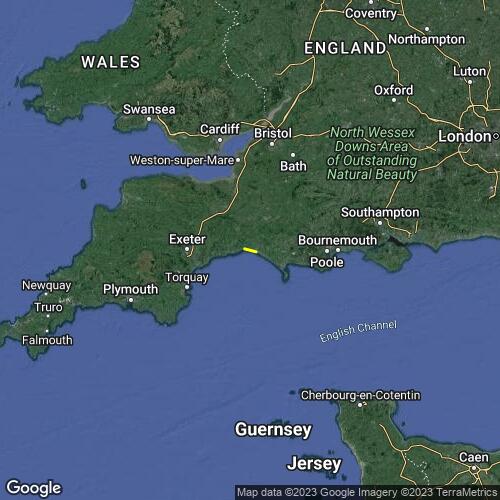 I'd hoped to do the Eype - Charmouth and return run but whilst the wind was ok for direction it was rather light, perhaps 10-12 mph.

John Wreford and Tony Farthing were already at The Beacon when I joined them in the air.

This was one of those flights which needed concentration. I went over to Doghouse followed by JW but unfortunately he bombed near Seatown.

Working the limited lift very carefully I got to Charmouth and really wasn't sure that I'd get back. A bit of a struggle getting back to Doghouse but then it was relatively plain sailing.

When I got back to takeoff the wind had picked up a bit and I suspect it became a little easier. I was also followed by someone on a Cure but I'm not sure that they made it.