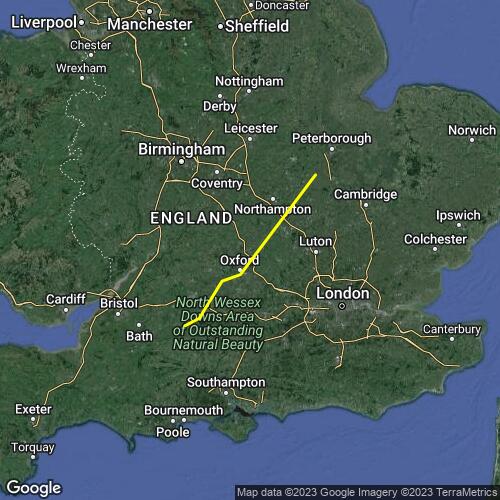 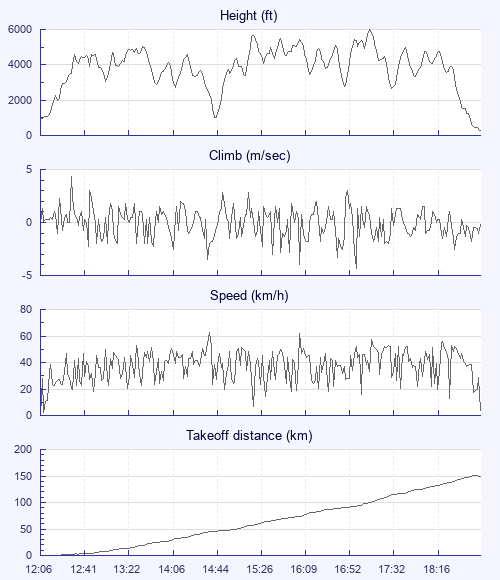 We launched into a blue hole. It was looking relatively nice down wind, the plan was just to stay in the air and hope that the air got better. There were 4 of us, Tom on him Mistro, an Alpina and a Sigma, most of the time we stayed together. After an hour of drifting with the same thermal a cloud popped up over Malbrough and we pushed on. Our average speed was incredibly slow I didn't have much hope for the day, at 10km an hour maybe we would get 50km.

We were still in a big blue hole, it didn't feel right to push into the unknown. Once in the air we had a good wind direction but we still needed to do a bit of cross winding to get around the Brize Norton CTR, this put me quite low over Southmoor (the same place I landed a week before) at around 240m above the ground we were getting pretty desperate. Eventually my sniffer alarm went off and a Kite had to take evasive manoeuvres, we found a thermal! The source from an in play cricket field, I think. This took us to base and the drift was enough to get round the airspace.

After losing Tom earlier on we met up over Oxford. It was around 3pm and it felt like a different day, our good climbs were around 3ms we were out of the blue hole (which seemed to be following us) and smaller cloud streets had formed. A few kms from Oxford the airspace dropped to 5500ft I had to at points keep out. Our average speed had increased and getting the first 100km seemed possible. The day was a lot easier every cloud we went to seemed to be working nicely. At Milton Keynes, the Alpina left us for an easy retrieve/train home.

We were lucky with the amount of sail panes in the air pointing out the sources of lift. A few times we thermalled together, sharing the lift and a wave. There were about 5 of them over Silverstone race course. It was at that moment I realised we had the 100km. After a quick celebration in the form of a scream, I pushed on with Tom.

The day started to slow down and we started to talk about the best way of getting home, we were near Northampton and that seemed to be a good place to get the train. Shortly after we heard Jonny (who was with Andy) over the radio, they had been chasing via the car and told us to push on. Legends. Eventually, the cloud had run out of energy which resulted in a long smooth glide to the ground. A brilliant flight. It was great to beat the 99km curse.